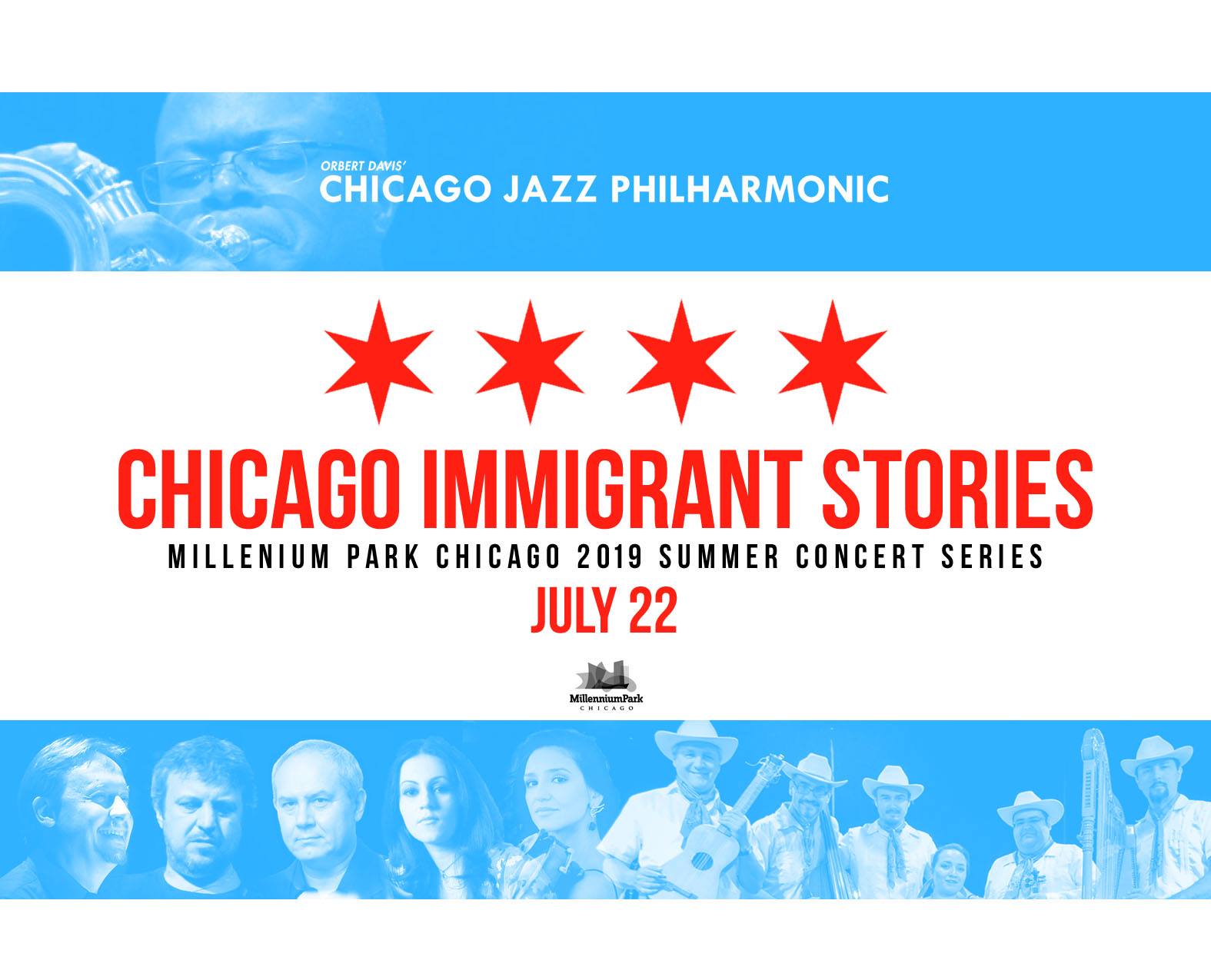 The series kicked off with workshop performances by members of the CJP with Athanasios Zervas on January 24 at the National Hellenic Museum in Greektown and continued with Sones de México on February 21 at the National Museum of Mexican Art in Pilsen.

The work now culminates with the world premiere by lead composer Orbert Davis of a full orchestra work formed out of this musical melting pot. The music will be the soundtrack to resonate across all Chicago citizens as they comprehend what it means to be ‘American’.

Free and open to the public.

There are no upcoming events at this time.