Beyond the Music: Diego Rivera Court at the Detroit Institute of Arts 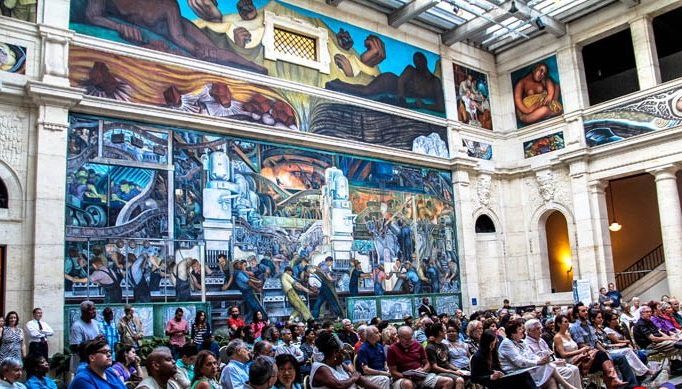 Sones de México Ensemble celebrates Mexican Independence Day with a concert at the famous Diego Rivera Court at the Detroit Institute of the Arts.

The Detroit Industry fresco cycle was conceived by Mexican muralist Diego Rivera as a tribute to the city’s manufacturing base and labor force of the 1930s. Rivera completed the twenty-seven panel work in eleven months, from April 1932 to March 1933. It is considered the finest example of Mexican mural art in the United States, and the artist thought it the best work of his career.

“Beyond the Music: A Musical Geography of Mexico” is a guided tour through Mexico’s folk music regions by our lively and informative multimedia performance presentation. Find out everything you ever wanted to know about Mexico’s regional folk culture and music (but were afraid to ask.)

This concert is presented by the Consulate of Mexico in Detroit and supported in part by a grant from the National Endowment for the Arts.