Presented by the Detroit Institute of Arts and the Mexican Consulate in Detroit in celebration of Mexican Independence Day. Director Sergei Eisenstein’s restored silent film masterpiece “¡Que Viva México!” with live musical accompaniment by Sones de México Ensemble. On a 1927 visit to the Soviet Union to celebrate the 10th anniversary of the Russian Revolution, […] 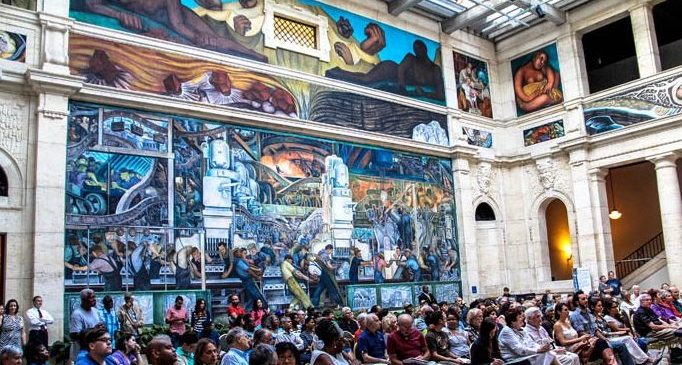 Sones de México Ensemble celebrates Mexican Independence Day with a concert at the famous Diego Rivera Court at the Detroit Institute of the Arts. The Detroit Industry fresco cycle was conceived by Mexican muralist Diego Rivera as a tribute to the city’s manufacturing base and labor force of the 1930s. Rivera completed the twenty-seven panel […]

There are no upcoming events at this time.